Melbourne Club, 36 Collins St, Melbourne
Dress: Black tie preferred
Drinks have been arranged between 6:30 p.m. and 7:00 p.m. prior to the presentation. Dinner will follow the presentation.

'Silent Shock: the men behind the thalidomide scandal and an Australian family's long road to justice' 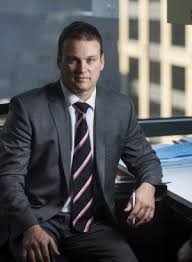 The baby started to come out. Head first, everything ok. But then I saw that there were no arms. And then no legs. The little girl had only a torso and a head.

In 1962, Lyn Rowe was born in Melbourne, seven months after her mother was given the miracle drug, thalidomide for morning sickness. Lyn was born without limbs – no arms, no legs. For 50 years Lyn and her family struggled against overwhelming odds.

Then almost 50 years later, in 2011, Lyn Rowe launched a legal claim against the thalidomide companies not just for herself but for dozens of other uncompensated Australian survivors. Incredibly, and despite formidable legal obstacles, Lyn and her lawyers won a $100 million settlement and cast new and damning light on an old tragedy.

‘Silent Shock’ exposes the fifty-year cover up of the most notorious drug ever – the thalidomide scandal killed or damaged up to 15,000 babies across the world. The story details the disaster, exposes the subsequent cover-up and records the heroism of the survivors. It features a German drug company, the inventor of thalidomide, which was so bizarre and brazen that in the aftermath of the disaster it appointed a man convicted of mass murderer at Auschwitz to serve as the chairman of its board.

Michael Magazanik was one of Lyn’s lead lawyers and, as a former journalist, he turned to writing the book when the litigation ended.

The book contains heroes and villains in abundance, and disturbing new information about how both Grünenthal (the German company which invented the drug) and Distillers (which was licensed to sell the drug in Australia) were told that the drug might be causing fetal abnormality and miscarriage but failed to respond.

Instead of investigating or suspending sales, both companies simply continued to sell more of the drug.

Fittingly, given the occasion for Michael’s presentation, doctors and lawyers feature prominently. Lyn’s legal team dug up information buried in archives across the globe, as well as extraordinary human stories from survivors, their families, the medical profession and pharmaceutical salesmen who spruiked the drug in the 1950s and 60s. Two of the most incredible stories are of Dr Frances Kelsey at the  US Food and Drug Administration who blocked the sale of thalidomide in the United States; and in Germany Dr Widukind Lenz, who through incredible detective work, realised thalidomide was the cause of the skyrocketing rate of birth malformations and forced the drug’s withdrawal.

Michael Magazanik studied law but then escaped, working as a journalist for 10 years at The Age, The Australian and ABC Television.

In 2004 he returned to the law and worked at Slater & Gordon for a decade, including running the asbestos practice in Western Australia which has the highest rate of mesothelioma in the world.

with a particular focus on representing asbestos victims and survivors of institutional sexual abuse.