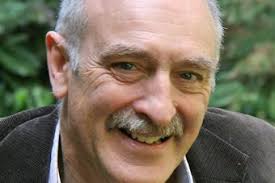 Mars is the most Earth-like world of the Solar System, characterised by uncanny similarities to our own planet, as well as stark differences – most of which can be understood by its smaller size. There is much talk today about the possible role of Mars as a lifeboat for our own planet. Aspirations among some of the world’s most innovative space entrepreneurs vie in the public imagination with now-discredited plans for wholesale one-way colonisation, with so-called terra-forming of Mars at the far end of the unreality spectrum. This talk argues that while human exploration of the planet is highly desirable, wholesale colonisation is not only unnecessary and impractical, but also unethical.

FRED WATSON is Australia’s first Astronomer-at-Large, a position within the Commonwealth Department of Industry, Innovation and Science. He is graduate of the universities of St Andrews and Edinburgh, and worked at both of Britain’s Royal Observatories before joining the Australian Astronomical Observatory as Astronomer-in-Charge in 1995. Fred is best known today for his award-winning radio and TV broadcasts, books, music and other outreach ventures. He holds adjunct professorships in several Australian universities, and was made a Member of the Order of Australia in 2010. He has an asteroid named after him (5691 Fredwatson), but says that if it hits the Earth, it won’t be his fault.

Prof. Fred Watson was also featured in “Q&A” on page 12 in The Weekend Australian Magazine on 25th-26th January 2020.